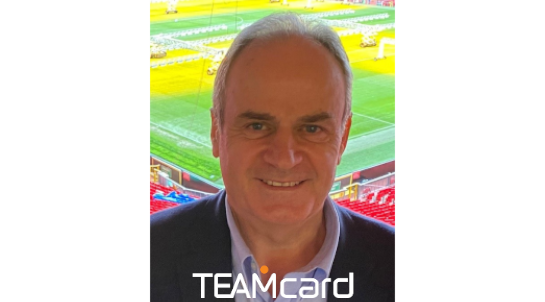 Randal McLister has been appointed as Chairman of TeamCard. This follows the recent appointment of Malcolm Peden as Chief Executive in April.

Randal founded the original business in 1993 and has been its Managing Director since then. He previously worked in sales and management roles with both BT and DeLaRue following a successful career in the Royal Navy.

He has a wealth of knowledge and experience in the access control and transaction systems sectors having led the introduction of machine-readable access solutions to the UK’s stadium environment.

He will continue as a Director of the company and will be working closely with the CEO to implement the next phase of growth for TeamCard.

“This is an extremely exciting phase in the growth of our company. I know that Malcolm (CEO) and all of the team will be just as passionate about TeamCard as I’ve been over the last 27 years. I’m looking forward to focussing on strategic issues as the business emerges from Covid relatively unscathed. There is a wealth of new opportunities for this technology with new features consistently being added that widen the scope for deployment within the UK and internationally”.

TeamCard is deployed throughout the UK in several sectors including football, rugby, cricket, golf, tennis, horseracing and motor racing. It is used at six out of the top ten sporting events in the UK.