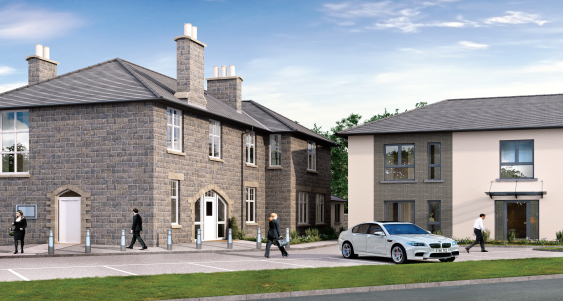 Scotcomms Technology Group Limited is pleased to announce the appointment of Malcolm Peden as Chief Executive Officer as from the 1st of April 2021 he will report to the to the board.

The founder and largest shareholder, Randal McLister, will continue as Managing Director and will be working closely with Malcolm on an ambitious expansion programme that will include both export and distribution of the core product, the TeamCard Access Control and Engagement solution.

Malcolm comes with an impeccable business pedigree, having originally trained as a Chartered Accountant. He has over 25 years’ experience in the Software and IT sector. He previously served as CEO of IntelliQ for 12 years. Prior to this he was CEO of FormScape Group where he led the sale to Bottomline Technologies (NASDAQ:EPAY) in 2006.  Malcolm also held senior positions at Interleaf, International Data Group, Misys plc and Safety Kleen Inc.

I am really looking forward to my new job with STG TeamCard. They have a world-class team delivering the best technology to a blue-chip client base and have a sound profitable business behind it all. It will be a privilege to work with such a motivated team. Their pioneering legacy has created the most advanced solution in the sector. I am also looking forward to introducing myself to all our clients to understand what else we can do for them.

“It was never going to be easy to find the right combination of technology and business skills to take on the CEO role, but in Malcolm I believe we have found the ideal candidate for the challenges ahead. I look forward to working with him and intend to give him the space to take on the tasks ahead. I will continue in my role focusing on strategic issues including the onward development of our Trusted Venue initiative.

The Company is based in St Andrews and has been trading for 25 years providing a range of transaction-based technologies for several sectors. It’s best known for its internationally recognised TeamCard brand based around its access control and engagement solution used to manage venues and events in football, rugby, cricket, golf, tennis, horseracing and motorsports. It has also developed and supported Leisure Pass Group’s LPOS solution in a 15-year relationship which has seen the city visitor pass product established as a world-leading system deployed in cities across the globe.