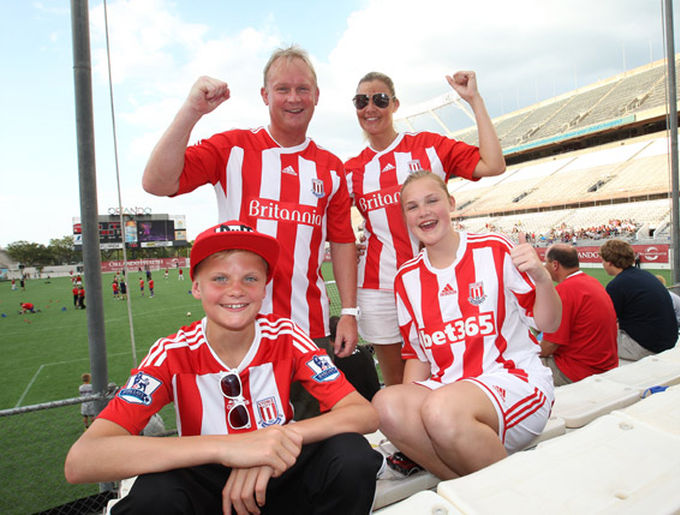 How do you take nearly 40 thousand fans and turn them into known, interactive customers? By using TeamCard. Stoke City Football Club are applying the power of TeamCard to engage with fans on a whole new level.

Since season start, Stoke City have enrolled over thirty-eight thousand new members by offering an automatically generated membership to all fans who buy any tickets or merchandise from the club. Using the TeamCard system, the club is able to effectively turn passive Potters followers into a new tier of established, active and connected supporters.

With each recorded purchase, the club dispatch a TeamCard, in the form of a ‘Stoke City Club Card’ to all newly activated members. Cards can be pre-loaded with permissions for stadium entry and used in place of paper tickets. Cards are also enabled for loyalty, boosting the membership tiers beyond the normal ticketing entitlement. The TeamCard loyalty programme allows clubs to enhance their brand by introducing a personal currency that helps stimulate and redefine the relationship with all supporters and sponsors.

The club’s primary goal is to engage with as many supporters as possible by converting them from an unknown status, into members. This new tiered membership reflects the club’s belief in the TeamCard programme and their ability to use it to maximise revenue through ongoing promotional activity and retained support.

“We wanted to unify our supporters to a one club mentality, by using Teamcard we created a simplistic and generic Club Card which has helped to break down the supposed barriers of priority levels. Many clubs are largely focused on either retail or ticketing platforms, two data platforms, two marketing scenarios and two sets of individual budgets. Teamcard helps to remove these issues with singular promotions which span the department divide.”

This increased visibility will provide the club with endless opportunities to communicate with a previously unidentified group, encourage continued support and promote targeted behaviour through the promotion of club and sponsor product, tickets and even events.

The initial launch of Stoke City Club Cards focused predominantly on access control, but the club now expects to see a significant increase in the award of loyalty points going forward into 2014 as membership volume continues to grow.