Ipswich Town – in for the long haul 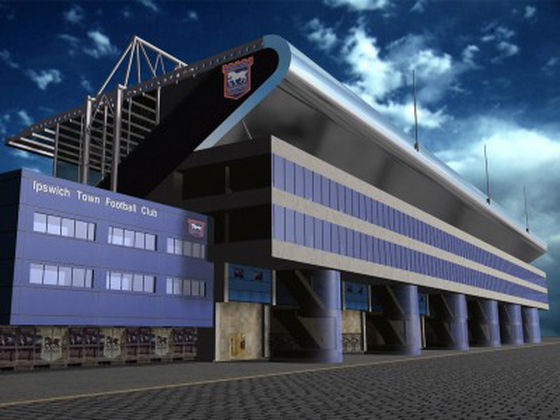 Ipswich Town FC launched with TeamCard in August 2005 to help improve stadium security, cut operational costs, track loyalty and to bring a range of benefits to both the club and its supporters. Six years on and Ipswich continue to recognise the benefits of TeamCard and have now upgraded to the latest innovative TeamCard Platform in time for the 2011/12 season.

The move to the new platform means a move to a future proofed technology that will make access to the Portman Road Stadium entirely machine readable. It will create the ability to read all ticketing media including bar-coded cards, paper tickets and even print at home tickets; all to be pre-loaded with all the entitled matches and scanned at point of entry.

The club will benefit from the not only the cost savings on ticketing and postage, but will reap the long term benefits received from the collection of even more customer data.But perhaps the biggest benefit to be attained is the ability to completely integrate the TeamCard system with the club’s existing ticketing providers Talent.

The relationship incorporating Talent and TeamCard will give a matchday ‘one screen view’ of a customer, and allow for the seamless award and redemption of TeamCard loyalty points.

“Ipswich Town has operated the original TeamCard stadium access and loyalty system for 5 seasons. Throughout that time we have been exceptionally pleased with the system and the support from TeamCard in all aspects of its use. This weighed heavily in our decision when we reviewed the access control systems currently available.

To take advantage of new technology, particularly the advances in online ticketing, available from our ticketing system software provider we considered that the new Bted system from TeamCard was the ideal fit. From an access control perspective it will provide the Club with a secure entry system through the turnstiles for all supporters whether they are season ticket holders, members, casual ticket purchasers or away fans. The ability of the system to securely control access using multiple media, cards, thermal tickets or print at home will also help the Club to drive down some of the costs that have always been part of the price of a ticket.

The Loyalty system which is an integral part of the TeamCard also provides the Club with a means to reward our season ticket holders and members when they purchase from the Club’s retail outlets. We also have arrangements with some local retailers who reward the same customers when they purchase from them. Additionally, TeamCard operate their own online portal allowing our customers to build up loyalty points with many of the major retailers in the UK. All loyalty points gained by our customers can be used to either purchase from the Club’s retail outlets or against the purchase of season tickets, truly reducing the cost of football for Ipswich Town supporters.

We look forward to starting the 2011/12 season with TeamCard.”

The upgrade to the new TeamCard platform shows the club’s commitment to a tried and tested, robust technology and further opportunity for TeamCard to extend what has already proved to be an excellent relationship with a valued client.With Ipswich’s move to the new platform, the transition is complete.